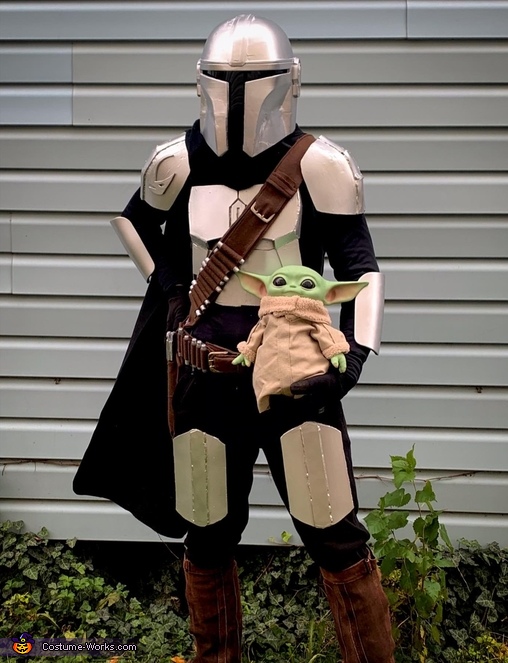 This homemade costume for men entered our 2020 Halloween Costume Contest.

A word from Tyler, the 'The Mandalorian' costume creator:

I am wearing a costume that I built from scratch for about $50-70. It’s a Star Wars character called the Mandalorian. The idea came to me when I saw season 2 was coming out right before Halloween. I decided this was what I wanted to build and I began looking at how to do it. For the most part it was pretty simple, I got epa foam (5mm) and some fabric. I printed out some templates from online for all the silver armor parts and cut those tracings out of the foam. The fabric was used to create the bandolier and the belt. My mother just sewed them around a predicting belt and made sure to sew in some slots for the silver shells shown on the belt in the picture. She also created a holster for a cheap blaster I cut out of some wood and painted. I painted the foam silver, had a friend 3D print he helmet which I then sanded down and painted silver, and bought a baby yoda to go along with it. It was a fun costume and I would definitely do another.