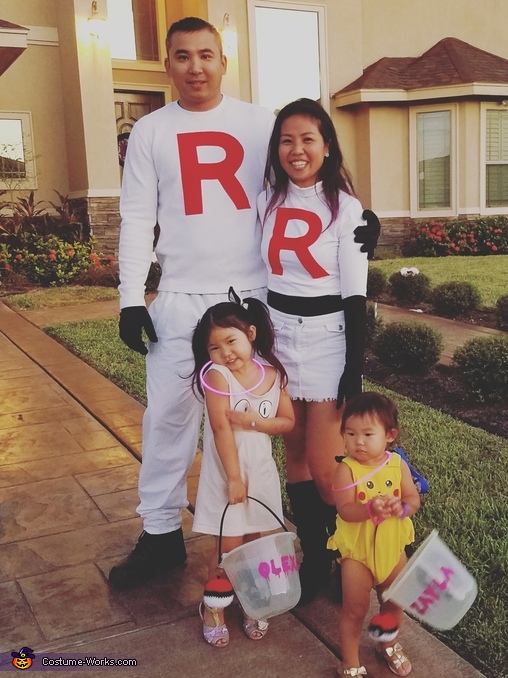 A word from Stefeni, the 'Team Rocket' costume creator:

Husband and I are James and Jesse, 4 yo is Meowth and 17month is Pikachu. My 4 year old has been into Pokemon and we suggested she could be a Pokemon for Halloween. Instead of choosing one of the more known Pokemon she said she's Meowth and we can be Jesse and James because we're always catching Zayla (pikachu). I made Pikachu romper and Meowth dress all from scratch along with crochet pokeballs. Jesse and James were clothes we had around the house, just cut out some 'R' and Team Rocket was born.