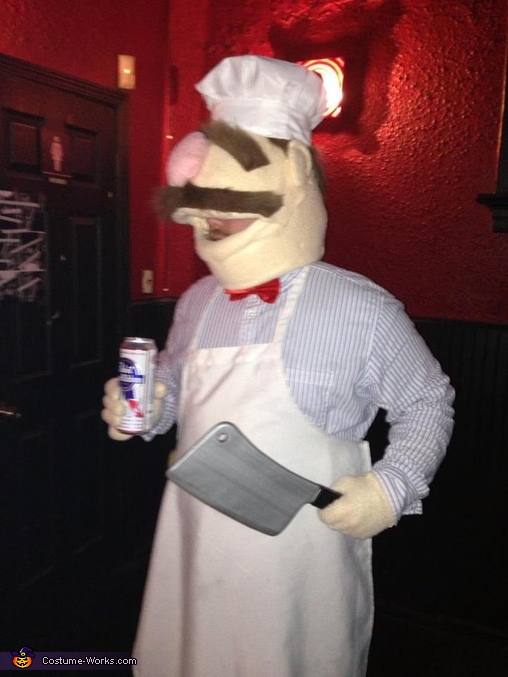 The Swedish Chef enjoying a night out

A word from Sarah, the 'Swedish Chef' costume creator:

This is my Swedish Chef (from the Muppets) costume that I made from scratch. Some pictures have my boyfriend, Sean, wearing the costume and some have me wearing it. It was officially his costume, but I wore it to work and won a work sponsored costume contest. I used foam as a base for the head and covered it with Antron fleece, the same fleece they use to make Muppets. We dyed the nose to make it pink. We used fluffy fur from the craft store for his facial hair. I made the gloves out of the same fleece to compete the look. The rest of the items, shirt, apron, bow tie, fake cleaver, were purchased as cheaply as possible from ebay and thrift stores. The total cost for this costume is probably around $70. I probably could have made it cheaper if I didn't use the Antron fleece, which was $18 a yard.