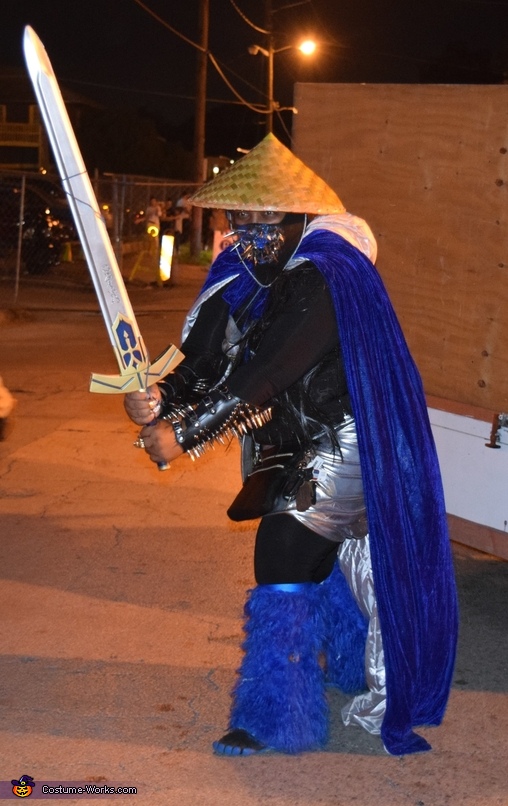 A word from Roberta, the 'Subliminal' costume creator:

Background: she is the love child of two entities, one a good deity and the other an evil assassin. Sparlina [mother] and Akil [father] fell in love and had an infant daughter whose name was [subliminal]. She was a beautiful child, she inherited her mother's true natural beauty and spirit but she also inherited her father's spirit of the Ariki's. Growing up as a child she was an outcast by other children never could quite fit in. Subliminal battled many inner demons, you couldn't tell if she was good or evil. She exuded many mixed characteristics. she often found herself alone, often she went into the middle forest.

Secretly her father trained her in the true Arikian fighting styles. Her mother also trained her on traditional Salvinian arts. Subliminal's childhood for the most part was peaceful, until her father's past comes back to hunt them. Who side will she choose?

I am personally wearing the costume, I am a creative writer and I had this idea in my head for this female character whom you couldnt tell if she was good or bad. Her back story began with her parents.

Her look was more Asian inspired with the traditional Chinese Bamboo hat,with her spikes and ninja tabi boots. The cloak was more inspired from Medieval times to give a more mysterious feel. Alot of people say she has a #MORTALKOMBAT, #SUBZERO, #RAIDEN look.