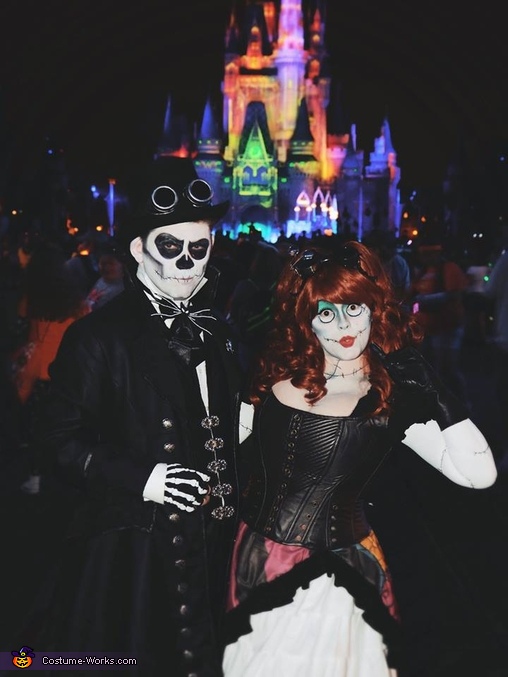 A word from Nicole, the 'Steampunk Jack and Sally' costume creator:

Our costumes this year were inspired by Mickey's Not-So-Scary Halloween Party at Walt Disney World! This event is one of the only times you can ever meet Jack and Sally (from Nightmare Before Christmas), so we wanted to pay homage to these special Disney characters. To set ourselves apart from the inevitably numerous other Jack and Sally costumes at the event, we chose to create this steampunk interpretation.

While some of the individual clothing pieces were purchased, elements such as my husband's bow tie and my entire dress (minus the corset) were handmade. I was able to find some awesome vintage pieces, such as my leather gloves, to complete the look, and I designed and executed our makeup myself.

We had such a great time at the Halloween party on Friday the 13th, and received lots of compliments on our unique, Disney-inspired look!!