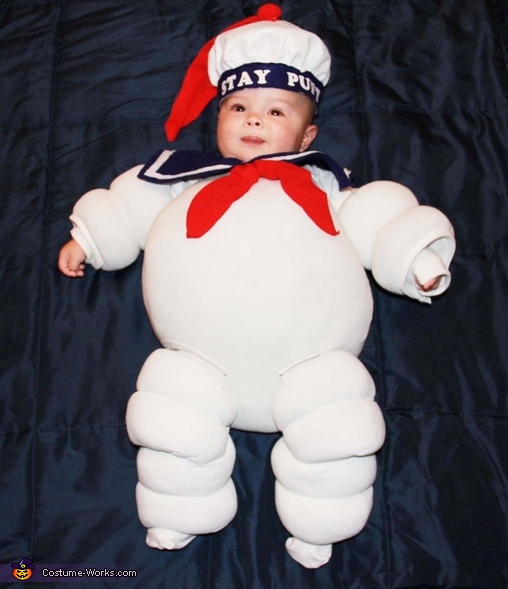 A word from Virginia, the 'Stay Puft' costume creator:

Easton Milam (5 months old) is wearing a Stay Puft costume that I made for him. The idea came from his mom who thought that this outfit would be perfect for him. I searched the internet and looked at a few sites on how to make something similar to this.

It’s made from 2 onzies sewn together. Stuffing was stuffed between the two onzies. White t-shirts, velcro and stuffing were used to make the rolls on his arms and legs. Felt was used to make his hat and collar. A recycled red t-shirt was used for part of his collar and his hat. The body was hand sewn, his hat and the rolls for the arms and legs were sewn by machine. He also wore white leggings. The approximate cost for making this outfit was $14.