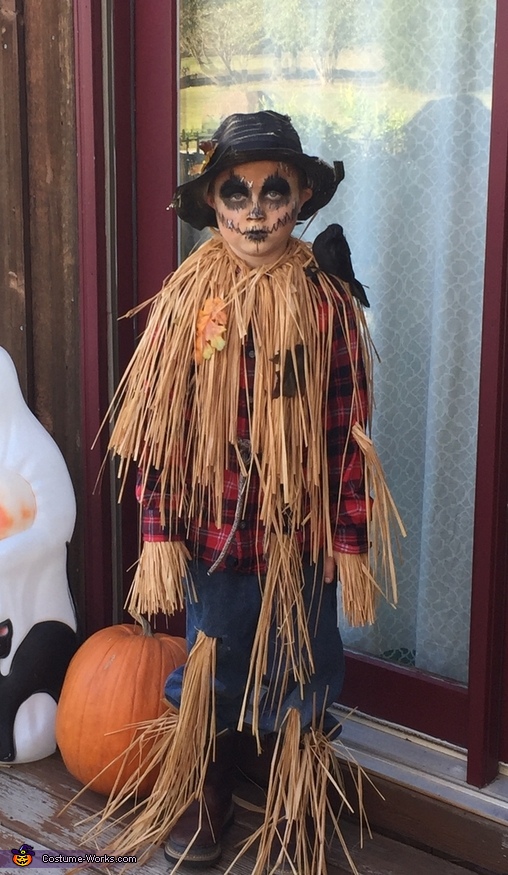 A word from Paula, the 'Scary Scarecrow' costume creator:

Isaac is my 8 year old grandson and he wanted to be a scarecrow, but not a cute scarecrow.... a scary one. So I researched you tube, Pinterest and google and put several ideas together and this is what we came up with. First I went to thrift stores, the dollar tree and goodwill, I bought a fake grass table skirt for 75 cents and cut it up to use for "straw" stuffing. The hat came from the dollar tree, I spray painted it black and tore it up to make it look old. I purchased a pair of jeans and a flannel shirt at goodwill, bought a fake crow at dollar tree also. We took the shirt and jeans outside and my grandson had a fun time of rolling them in the mud, I hit glued the fake grass to the collar and cuffs of the shirt and cut random holes in them and glued the grass in the holes . I wired a few pieces of the grass together and stuffed it into the tops of his boots. Then I followed a video on you tube for the face paint. Voila! A scary scare crow! I have about $10 total cost in the entire costume. He already had the boots.