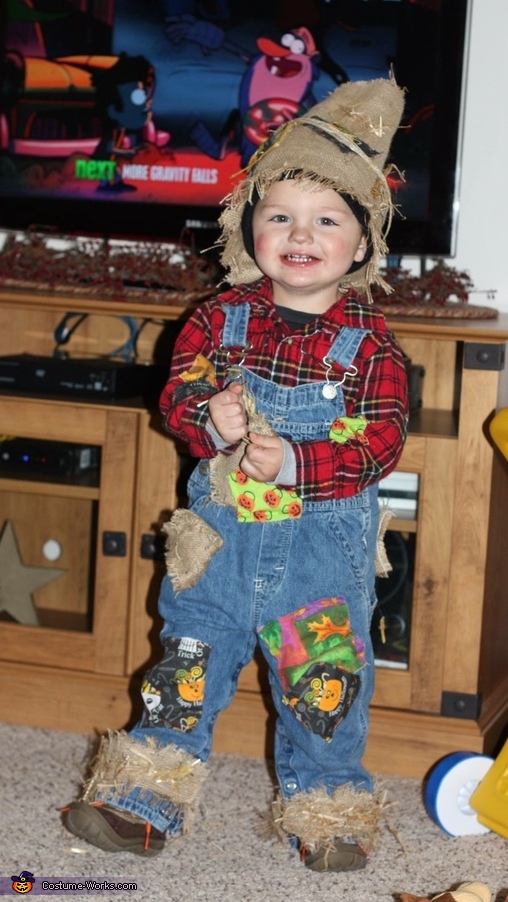 A word from Trisha, the 'Scarecrow' costume creator:

my son, Liam is dressed up as a scarecrow. I bought cheap overalls and a flannel shirt from goodwill. I had some Halloween printed scraps of fabric from Joann fabrics. So I cut them into squares and cut the edges to make them look messy. I purposely sewed them on very messily , to the flannel and overalls. I used burlap fabric to make his hat and accent the bottoms of his pant legs. I had some hay that I had used as a photo prop, so I took some of that and stuffed it into his front pocket, then randomly hit glued some pieces of hay on his pant legs. I knew the burlap hat would make his head itchy , so I used a regular winter hat underneath. I also painted his nose black, but he kept rubbing it off.