Rocky Balboa and Paulie with The Meat
by Ian 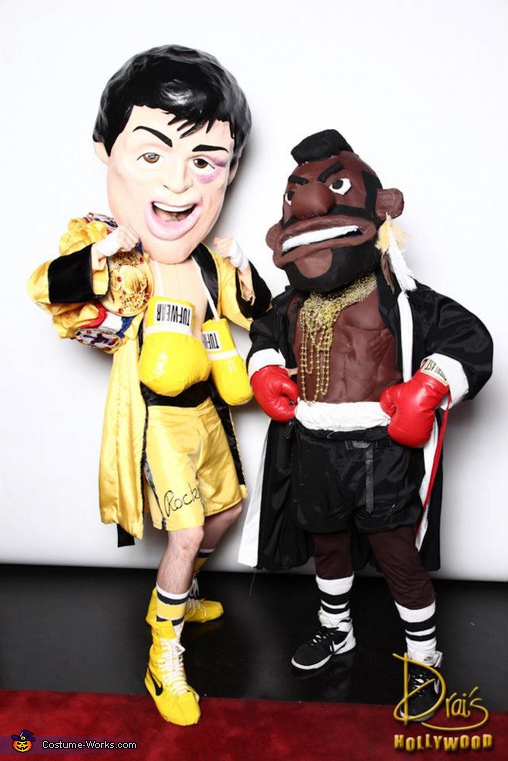 This homemade costume for men entered our 2011 Halloween Costume Contest.

A word from Hector, the 'Rocky and Mr.T' costume creator:

As huge Rocky fans, my buddy and I decided to create costumes modeled after the Rocky III movie starring Sylvester Stallone and Mr.T. We gathered a ton of pictures to get all of the costumes as close as possible to the real movie. The costumes were all made from scratch and included: boxing gloves, robes, championship belt, papier mache masks, "Nike" boxing shoes, shorts, socks and muscle shirt.

How We Made Our Costumes (specifically the Rocky character):

The robe and shorts:

The entire process took about two months. It was a lot of fun and we got lots of love from Rocky fans young and old. Hope you guys like it! :)

Here are a few videos of us in our costumes: