X-Wing from Star Wars
by Maddison

R2-D2 and his X-Wing from Episode VII Costume 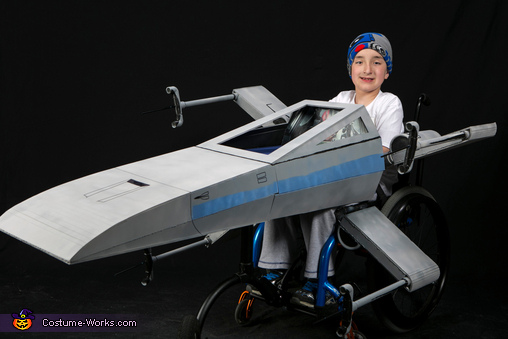 A word from Lon, the 'R2-D2 and his X-Wing' costume creator:

We built this costume modeled after the very first teaser trailer for the new Star Wars - The Force Awakens. There weren't many shots of the new versions of the X-Wing fighters, but that's what my son, Reese, wanted to make. Originally, Reese was going to be the pilot, but after construction started, we realized where he sat didn't make as much sense for him to be the pilot, so we switched it up and he became R2-D2 in the back. A screenshot from the trailer showing the pilot was put into the cockpit to show the pilot.