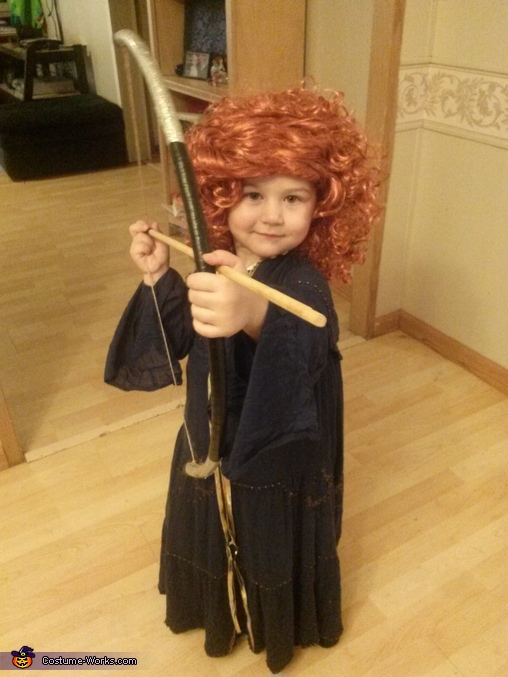 A word from Ashley, the 'Princess Merida from Brave' costume creator:

This is Lilee. She is 3 years old and loves Princess Merida from Brave. I took an old dress of hers as the base and cut out the tule. I then took an old beaded dress of mine. I cut the sleeves of mine to make the band around the skirt and the inner part of the dress for her sleeves. I then took the top part of my old dress and made the top of her dress. I used the parts that you hang it to weave it as well as gold ribbon from a previous costume for the gold. My husband used an old hula hoop to make her the bow. She is so proudand said when she had it all on, "This is the best day of my life!" We are so glad she likes it!