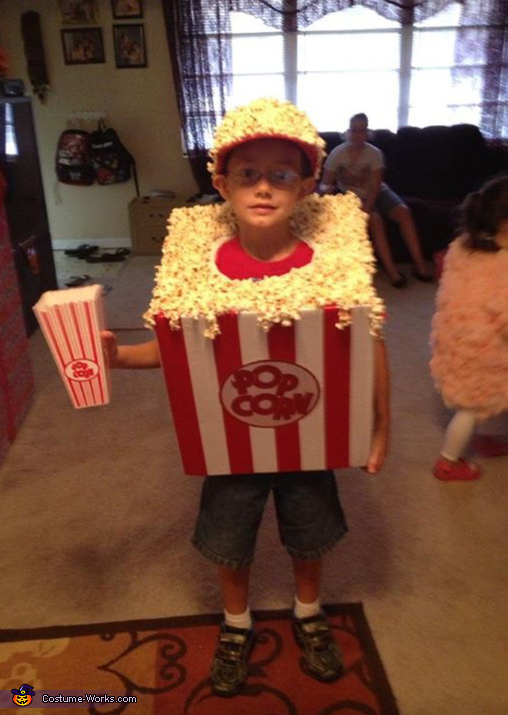 A word from Kimberly, the 'Popcorn' costume creator:

This costume is worn by my 6 year old son. Such a cutie :)

This costume was not hard to make at all but very time consuming.
I make the children's costumes every year and this is one of my favorites as of yet.

What you will need to make this costume:

I found a cardboard box that I thought would fit his small body and he would be able to carry all night long.

I cut a hole in the top so that he could put his head through it. Then I used the red and white duct tape and just made the stripes all the way around the box (this i thought made the costume soooo cute).
I then popped some popcorn, I popped it with as little oil as I could so that it wasn't too oily. Then comes the time consuming part of making this costume, one by one I glued popcorn kernels on the entire top of the costume and on the hat! Whewwww that took a while!
I found the image for the front of the costume on google, printed it and glued it on!

This costume is ADORABLE and EVERYONE that saw him LOVED it!!!!