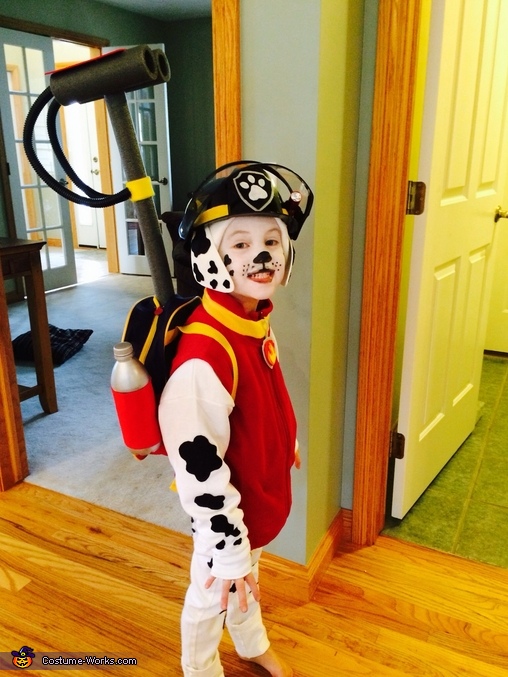 A word from Jill, the 'Paw Patrol Marshall' costume creator:

My 4 year old loves the new Nick Jr. show Paw Patrol and decided he wanted to be Marshall for Halloween. I looked at his picture and created the character with white sweats, felt, craft foam and a few other accessories. I used pipe insulation from the plumbing section at Home Depot to create the water hose that Marshall has on his back . I added some face paint to jazz it up along with fireman rain boots! He got a ton of compliments and a lot of little kids thought his costume was the best! He was thrilled to look just like his favorite character!