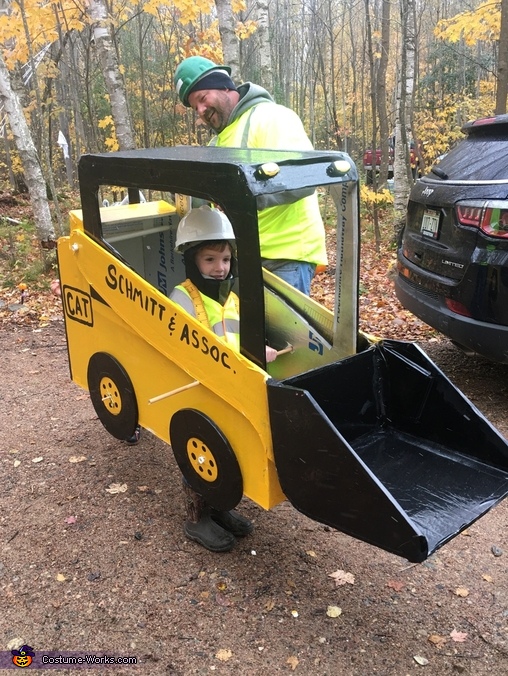 A word from Kristina, the 'Skid Steer' costume creator:

My son, Nolan, loves construction vehicles. His Papa Wayne made this costume out of foam, duct tape, and paint for him. There are even working lights on top! It took him 2 days to make and it was a big surprise to Nolan when Papa showed him his very own skid steer. He was thrilled with it. Immediately as soon as he was in his costume Nolan started making skid steer type noises and driving it around. All of the kids wanted to drive it! There are suspenders attached to the wheel axles inside and Nolan “gets in” under the skid steer and the suspenders rest on his shoulders. He holds onto a bar to tilt the skid steer up or down. The bucket even moves! People had a lot of fun putting candy in his “bucket”.