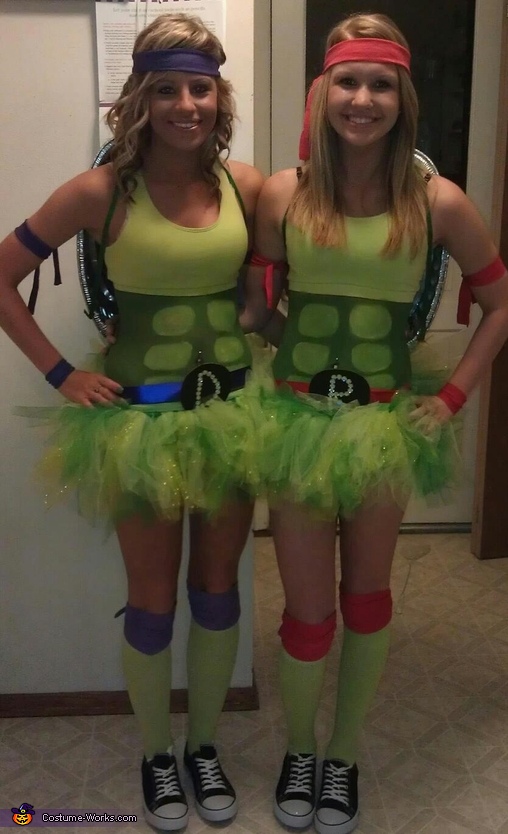 This homemade costume for groups entered our 2013 Halloween Costume Contest, in the Most Creative Costume nomination!

A word from Nichole, the 'Ninja Turtles' costume creator:

This was last minute for a costume party. We used disposable roaster pan spray painted green for the shell. Green paint to paint their bellies and abs. Cut out old colored t shirts for head, arm, and knee bands. Used ribbon and cardboard for belts and spruced up with some hot glue and crafting blings. Dyed some knee highs and sports bras green. Didn't turn out as green as we thought it would be. Whipped together some green tutus with different tulle we had (they are very easy to make). From start to finish we had about two hrs and maybe $10 into them and they were a hit. Cutest ninja turtles I've ever seen!