Mike Wazowski and Sulley
by Amanda 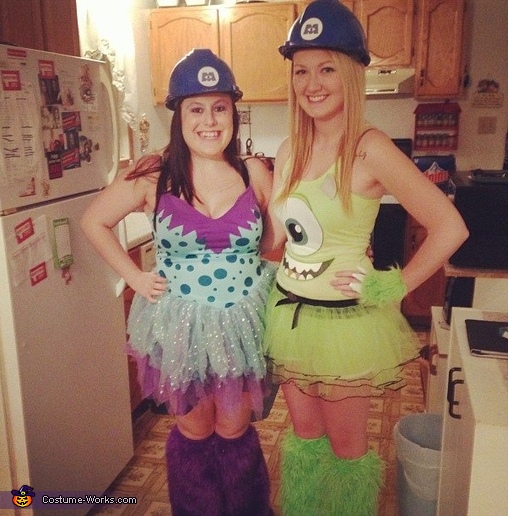 Mike and Sully from Monsters Inc.

A word from Kerstyn, the 'Mike and Sully from Monsters Inc.' costume creator:

My best friend and I wanted to do something original for Halloween, so we decided to go as Mike and Sully from Monster's Inc. We bought some of the items for our costumes, but they didn't have much selection so we had to get creative. The Sully costume as well as the tutu for the Mike costume, and the furry boots for both were all bought. However, the Mike face was cut out from a child's costume and sewed on to a green tank top. The hats were borrowed from a friend, and we spray painted them blue, and printed out the Monster's Inc. logo, and glued that on as well.