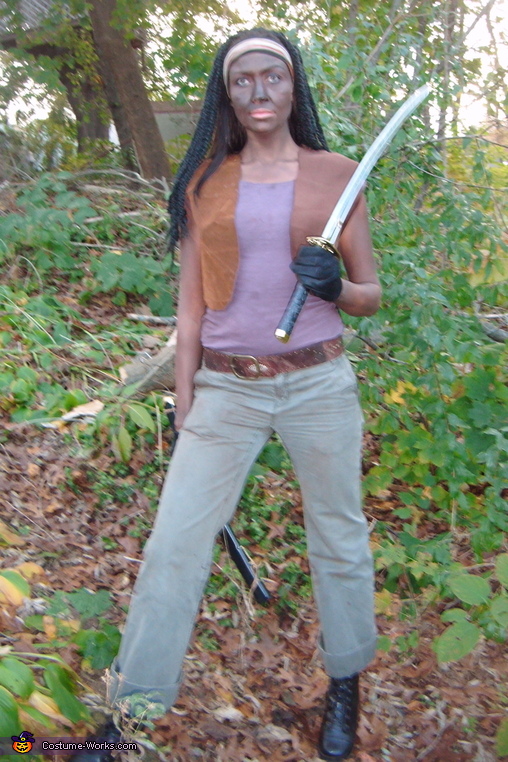 A word from Sara, the 'Michonne The Walking Dead' costume creator:

This is a costume my boyfriend and I made, we are huge Walking Dead fans! And yes, my body is painted :)We made the "Zombie Pets" out of styrofoam, and sculpted the faces and bodies out of clay.