The Mad Hatter
by Patrick

The Madd Hatter
by Rita 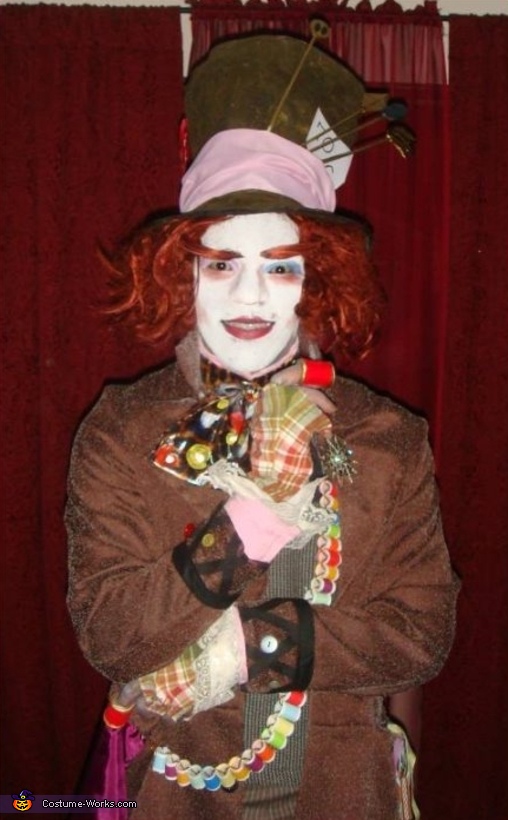 Here we have Curtis as, "Alice in Wonderlands", Mad Hatter! Curtis, a Johnny Depp fan, said that when he heard that the "Alice" movie was being made... starring YOU KNOW WHO as The Mad Hatter... He became INSPIRED!
I'LL say he DID! Curtis did the Jacket by Pattern... But the rest was done by looking at pictures and using his genuis imagination and a few...ummm... unusual objects (such as... BBQ Skewers for HatPins?) to mix and MATCH and come up with a Costume that... even Johnny Depp... might die for!

YEOW! Great Job Curtis!
Thank you for the ENTRY!!! Ü

This homemade costume for men entered our 2009 Halloween Costume Contest.