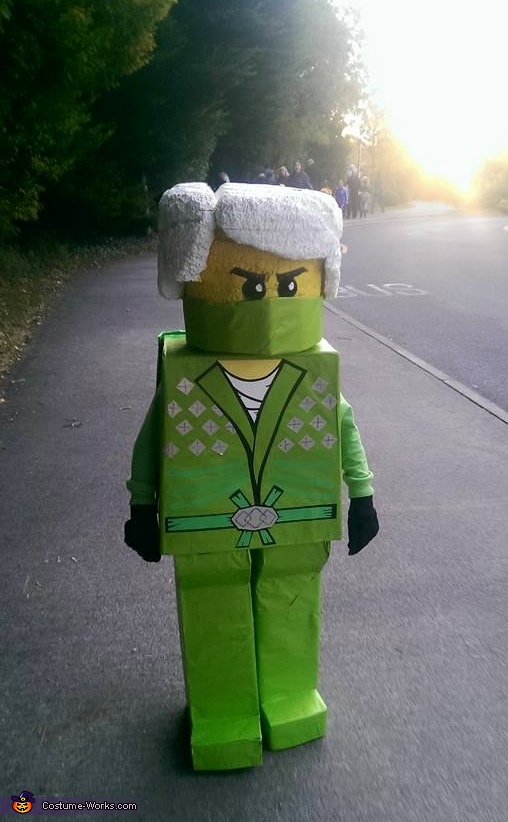 A word from Joe, the 'Lloyd Garmadon' costume creator:

My son Seán wanted to dress up as his hero, Lloyd Garmadon. The house is utterly Ninjago nuts.

I looked at a few costumes on pinterest and decided to try and make a lego minigure version rather than just a Ninja copy.

The body and legs were made from cardboard boxes which I shaped and duct taped together. The back was hinged so it could open for putting on and taking off. I covered the body with green wrapping paper, then I drew out the body decorations and prit stuck them on.

The head was made by stacking sheets of foam one on the other and then shaping the circular head out after the glue had set. I hollowed out the inside and added eye holes and a mouth.
The hair was made the same way, only bigger and shaped with a craft knife. Then the whole thing was painted using gloss paints.

In all it cost about €70. His little sister Nóinín wanted to be Jay, so I made her one in the exact same way. The whole thing took about 4 weeks.