Willy Wonka and Violet
by Alicia

Willy Wonka and the Oompa Loompas
by Rosangela 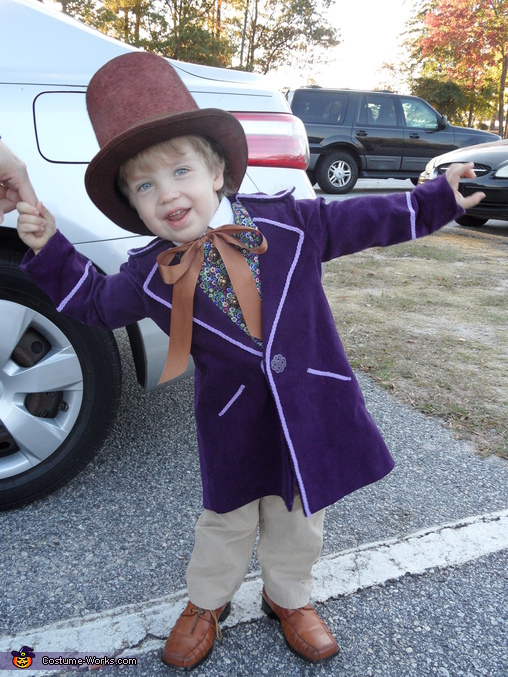 A word from Leslie, the 'Little Willy Wonka' costume creator:

My son, who is three, is wearing this costume. I gave him about 9 options (when he was two) and he said no to all of them. So I randomly suggested Willy Wonka and he started screaming "yes". That started he ball rolling. picked up the fabric for the vest and coat at Joanne, the hat was at party city, and was painted with acrylic paint. I purchased the buttons and ribbon at Hancock and the light purple trim at hobby lobby. Im not a great sewer, so I enlisted my mom's help and she created the jacket and vest, and I added all the embellishments, like buttons an trim. She used a pirate jacket pattern and modified it to more closely resemble the one worn in the movie. This costume cost about $40 and was a hit. Strangers at the festivals were asking to pose with him in pictures! We were even able to get 2 years'use out of it!!!