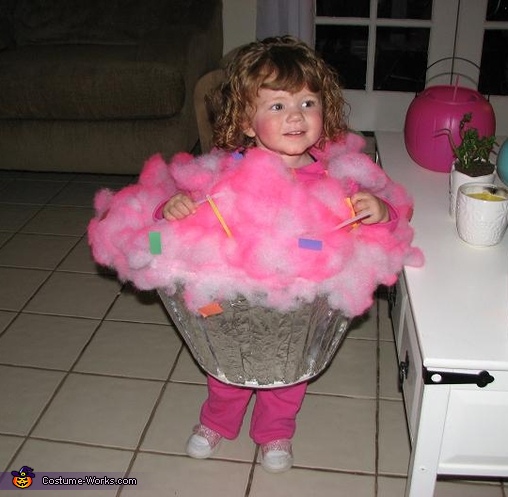 This homemade costume for babies entered our 2013 Halloween Costume Contest, in the Cutest Baby Costume nomination!

A word from Rachel, the 'Little Cupcake' costume creator:

This is a handmade costume I made for my daughter for Halloween! The bottom is made from an old lampshade from a second hand store and I covered it in tinfoil. I used batting material from a craft store to make the fluff (frosting) of the cupcake. Hidden under the fluff there is suspenders clipped to the lampshade to hold it up! I used a hot pink spray paint to color the batting and used a spray glitter on top along with small pieces of contruction paper to look like sprinkles! It cost me around $15 to make.