Colby the Bulldozer
by Crystal 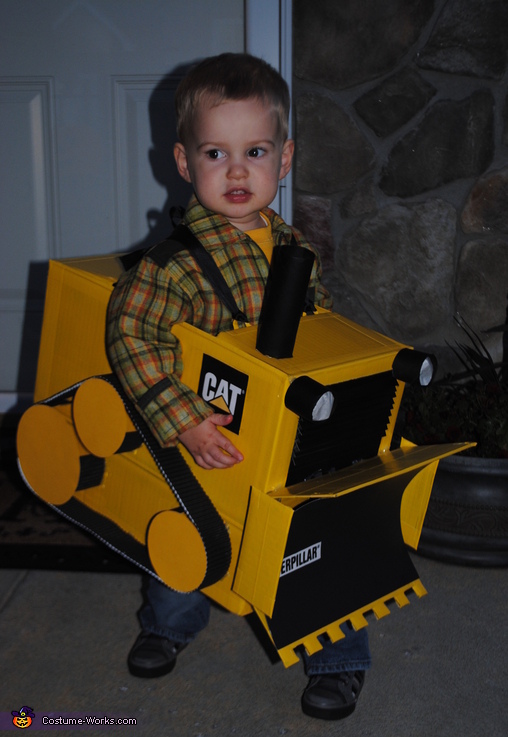 A word from Emily, the 'Little Bulldozer' costume creator:

My two year old son is obsessed with all things trucks and construction trucks make the top of that list. When it came time to choose a Halloween costume for him none of the store bought options seemed to fit him so my husband suggested making him a truck costume and I started brainstorming. I created a fun costume that fit his personality and he LOVED for about $10! I started by spray painting a diaper box yellow and then taped it to the shape I needed with yellow duck tape. I painted paper towel tubs black and cut them to make the exhaust and headlights (I added paper muffin cups to make the front of the lights). Black and yellow poster board were used to create the wheels, front grate and digger part (terms not offical lol). I printed the CAT logos from the web and used ribbon to make the straps that held it on. All was put together with a hot glue gun. My son had so much fun wearin this and it was a huge hit around the neighborhood!