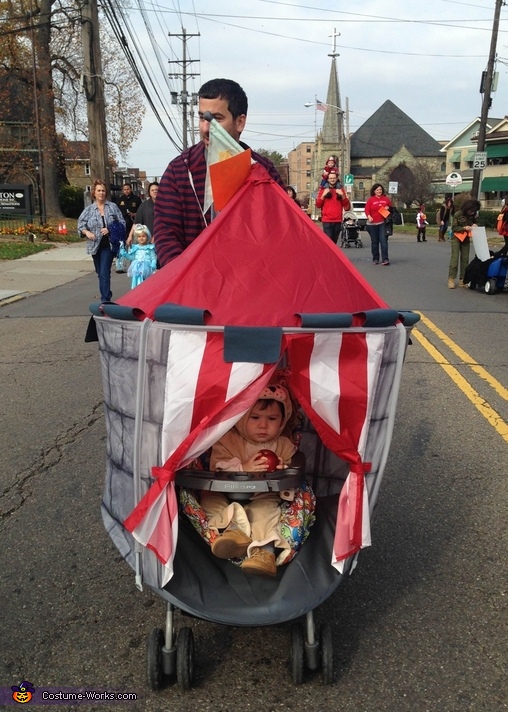 Dad and Lion at the parade.

A word from Chia, the 'Lion stuck in the Circus Tent' costume creator:

Lion was my son's first Halloween costume. We decided to go to a local parade an hour before the parade started. Therefore, we didn't have time to be too creative. Suddenly Mom had an idea and grabbed the circus tent from his bedroom, ripped the bottom open, covered the stroller, and we had a lion stuck in the circus tent.
The parade was too long and boring for a 1-year old baby so we fed him with an apple. The apple completed the costume.

The lion costume was given from a friend at no cost, circus tent was from his bedroom ($24.99), and the apple costed about $1. For this simple 10-minute project, we won a second prize at the 2014 Halloween Parade.