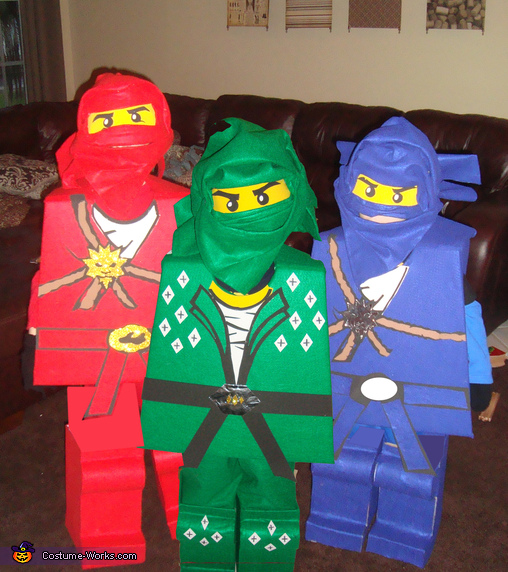 I made these costumes for my boys and one of their friends. They love LEGO Ninjago, so I thought making them costumes would be a perfect fit this year.