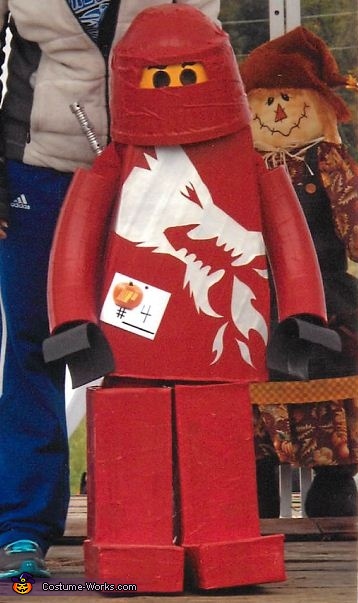 A word from Kenna, the 'Lego Ninjago' costume creator:

I asked my five year old son Blade what he wanted to be for Halloween. He said Lego Ninjago! I started brainstorming and the costume was born! the body and legs are cardboard, hands and arms are pvc pipe and the head is a basket. All wrapped in duck tape. This costume won best of show at a local festival! Best of all total money spent $ 9.00!