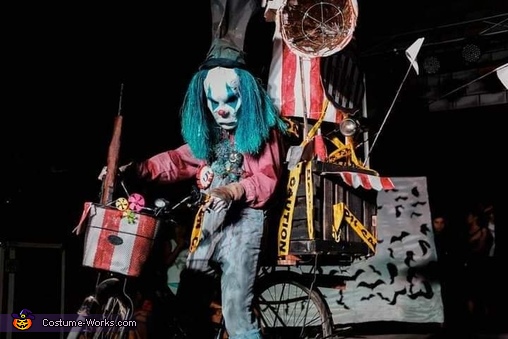 A word from Ryan, the 'Killer Clown' costume creator:

The evil clown is a subversion of the traditional comic clown character, in which the playful trope is instead rendered as disturbing through the use of horror elements and dark humor. The modern archetype of the evil clown was popularized by DC Comics character the Joker starting in 1940 and again by Pennywise in Stephen King's 1986 novel It. The character can be seen as playing on the sense of unease felt by sufferers of coulrophobia, the fear of clowns.