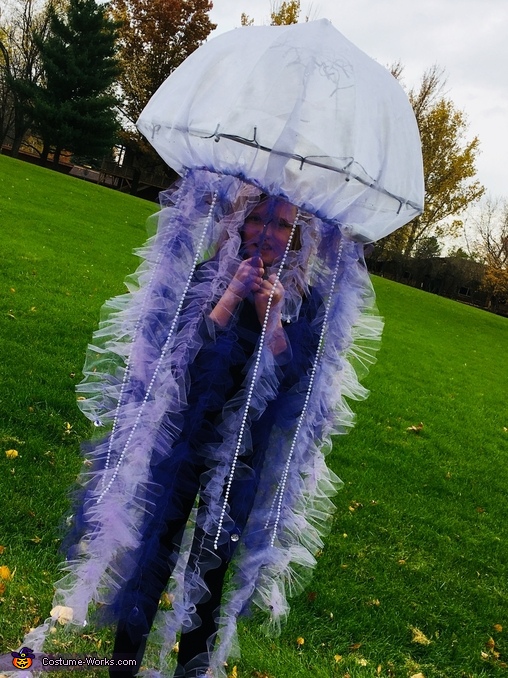 A word from Amy, the 'Jellyfish' costume creator:

My daughter, Tava, came up with the idea of being a jellyfish for Halloween. When going to the zoo one of the first stops we make is the aquarium, which has an entire room dedicated to many different species of jellyfish. This costume seemed very appropriate for my 10 year old daughter.

Tava had multiple people come up to her and ask if they could take her picture. Everyone absolutely loved her costume. People were really impressed when they were told that she made a lot of the costume on her own.