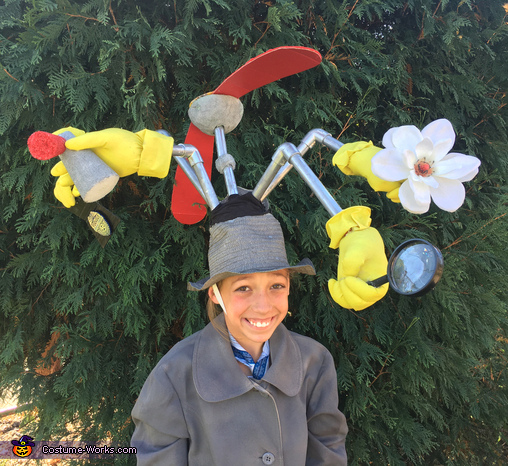 A word from Amy, the 'Inspector Gadget' costume creator:

This is my daughter wearing this costume. We were unsure as to what to make her this year and well it came down to the day before she needed it and we decided Inspector Gadget. So I stayed up until 2:30 in the morning spray painting pvc pipe, stuffing yellow cleaning gloves with stuffing, 8 hot glue sticks, 3 cans of grey fabric paint and a lot of love later here we are.