Pirates of the Carribean
by Bob

I am hoping that the motley crew of lil pirates below will give you an idea for Homemaking some of your own Pirates.

The Pirates here are from my 2006 Halloween Costume Contest and I believe their costumes are MOSTLY Homemade except for a few things such as the Pirates Cutless and Pirates Hat... etc. Ü 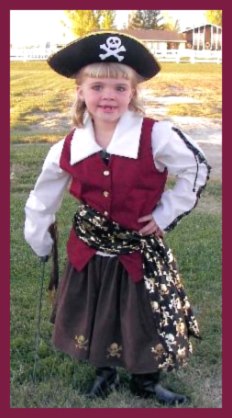 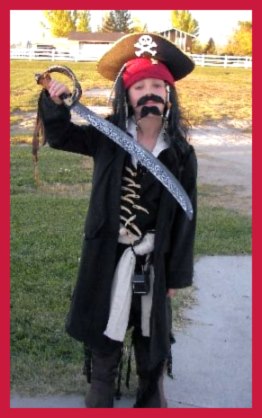 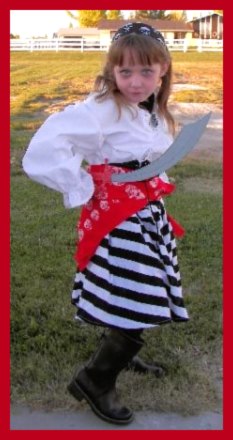 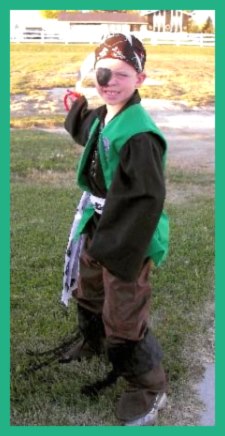 You MAY definately need PIRATES if you intend to tackle the challange below Ü.
It is a Pirates Ship made by Cardboard and Duct Tape Sculptor Bob. T'would be WONDERFUL for a Parade I think!

Bob's Crew has some nice Pirate Garb on also! Ü 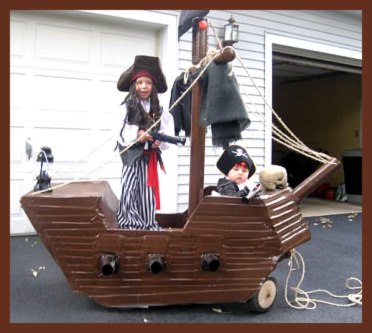 The ship is made from a plastic wagon that I used on Thomas the Train. A piece of plywood 3/4 inch. 3 inch pvc mast and 2 inch pvc cross piece. 99 cent pirate flag. 2 rolls duct tape... and alot of cardboard. About 8 hours maybe a little more since it was piece meal work in between everything else. Black fabric I had laying around makes the sail. Rope 4 dollars and 30 dollars worth of brown spray paint. 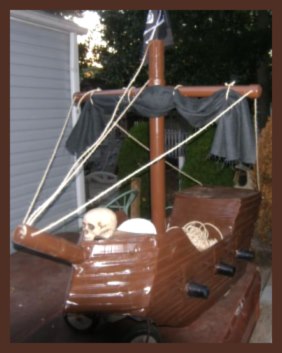 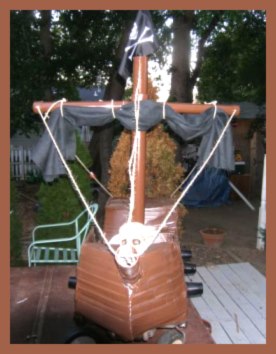 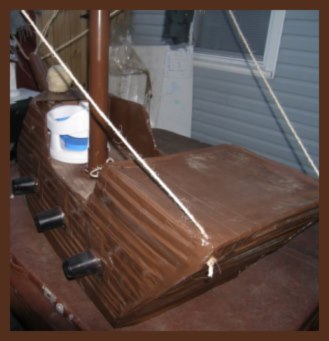 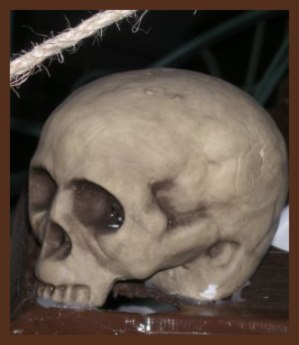 If you don't have the time or the inclination to MAKE a costume this year. If you've thought about it, but your heart, for whatever reason, JUST isn't in it... You can probably purchase a costume of the type you were planning to make...and maybe even for about the same as you might spend on the materials to MAKE a costume. On the other hand, you may look around and spot a Costume that changes your Costume plans completely.