(Below) in costume... along with the cardboard, duct tape, utility belt I made him to give it life. Velcro on it for him to be more inter-active My 4 yr old Jacob is Batman.

The bat cycle (below) is lots of cardboard and duct tape. I tried to keep it light weight for him. He loves it.
The tires are made with bubble-wrap to give it tread on tires and keep it light.
The steering turns and the lights work.

Below are some pictures of the Batcycle during Bobs sculpting process. I don't know if there is a way to give exact building "instructions" for something like this. Bob figures it out as he goes (as does any artist I think Ü). Perhaps the pictures below will give you an idea of what direction one could go in to get-er-done. 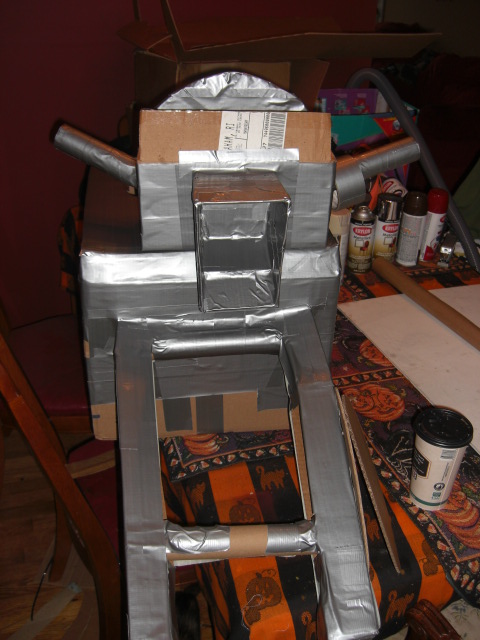 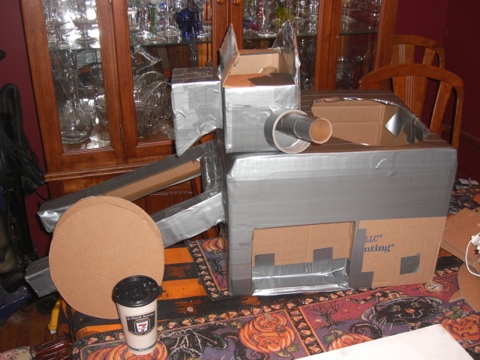 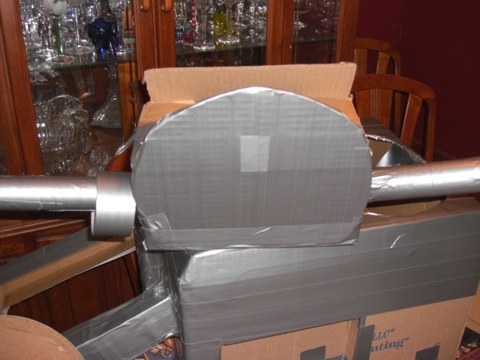 Below, a photo of what the REAR of the Batcycle looks like: 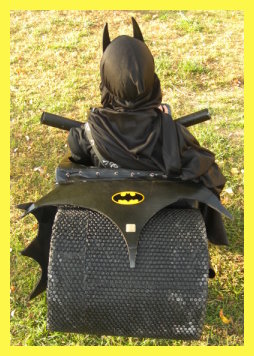 And Below, the finished project Batman and his Batcycle: 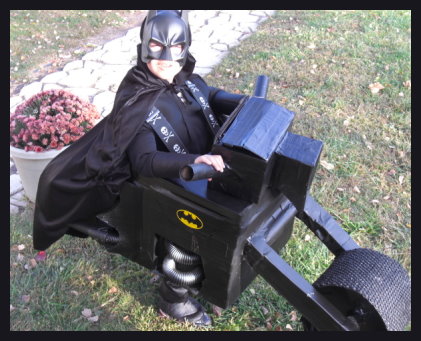 You can find other great costumes created by Bob in Costume Picture Gallery and in Halloween Costume Contest section of my site.