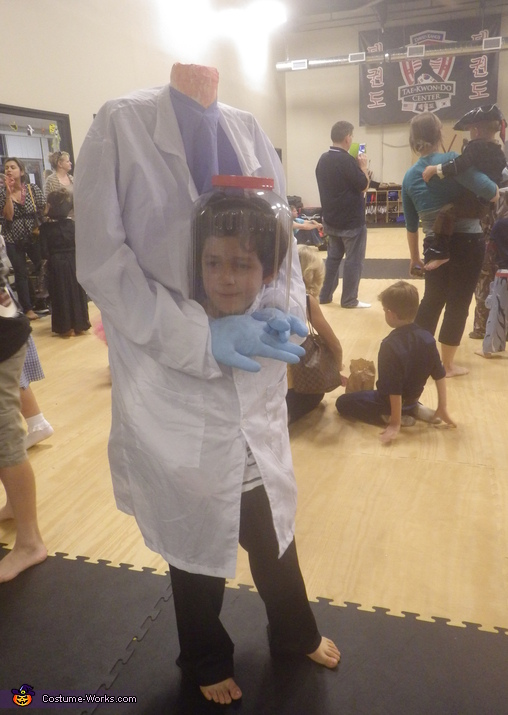 A word from Mauricio, the 'Headless Doctor' costume creator:

For the first time my son want to be something scary for Halloween, we wanted to do something that makes him happy, but also fun at the same time; He always says that he want to be a doctor when he grows up, so we mixed both concepts and came out with this idea, He really enjoy his Costume; we made it all by ourselves together, people love it, in the street, all our neighbors wanted to take pictures with him, we couldn't been happier with the result.

We used a cheese balls jar for His head cut it and fixed to the coat, used PVC tubes to make the frame that holds the coat, used a mayonnaise bottle for his neck, we also used his school backpack to hold the structure, pool noodles for his arms, lots of glue paint... it was really a lot of work but it worth the effort.

It was really awesome, we have pictures and video of people's reactions in our neighborhood, they took pictures of Him, love the creativity, and several times they told him He was the best costume of the year. He was very Happy; He said that He feel like he was famous.