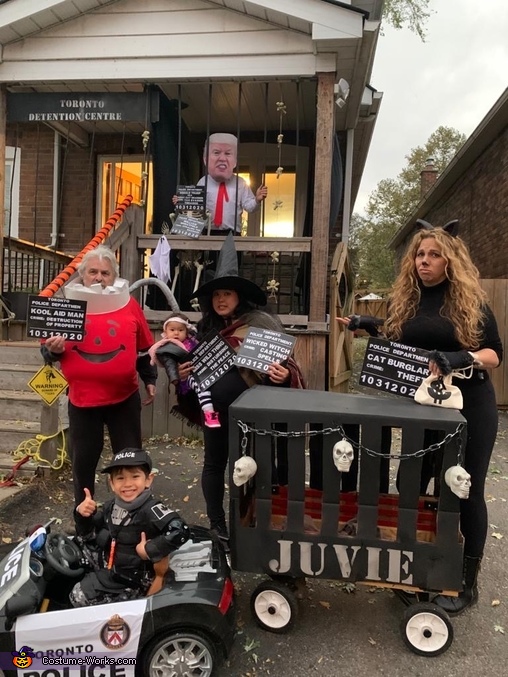 A word from Susan, the 'Halloween Bust' costume creator:

My son wanted to be a police officer this year. So we came up an idea that would tie into his costume. I picked up a police costume for him and turned his black electric Audi into a police car with some sirens.

For my daughter Was a punk rocker (disturbing the peace). I made her a guitar and turned the wagon into a jail.

Since we weren’t going out trick or treating we decorated the house and back yard. Turned the front porch into a jail and backyard had games where I mixed a witches brew using dry ice for effect.
We had Donald Trump, Cat burglar,Kool aid man (destruction of property), witch casting spells, skeleton stealing the boooze, and another skeleton cereal killer.