Hades, Lord of the Dead Costume 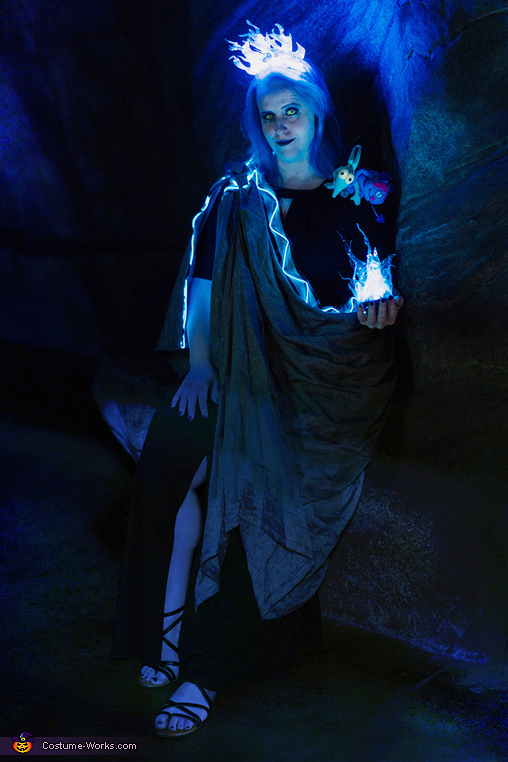 'He ran the underworld, but thought the dead were dull and uncouth'

A word from Leanna, the 'Hades, Lord of the Dead' costume creator:

Inspired by Disney's Hercules Villain, Hades, one of the funniest or wittiest villains you ever did see. This gender-bent version was created as part of a group costume theme when my friends and I went to California Adventure's Oogie Boogie Bash. Our group of 4 girls were Hades, Jafar, Cpt. Hook & Dr Facilier.
This Hades costume consists of a simple, black cotton dress with a hand-made gray linen toga-wrap. The wrap was lined with black ribbon and blue neon lights to create the edge design. The skull clasp at the shoulder was hand-made with clay. Fire headband + hand-held flame were made from plastic bottles and a heat-gun with added lighting. Small plush Pain and Panic perched on my shoulder. Gray body paint, yellow contacts and semi-permanent blue hair dyes took this costume from awesome to stunning. I had to show my young nieces' friends how my contacts were fake before they would look at me without fear.