I dream of Jeannie
by Molly

Genie on a Magic Carpet
by Terra 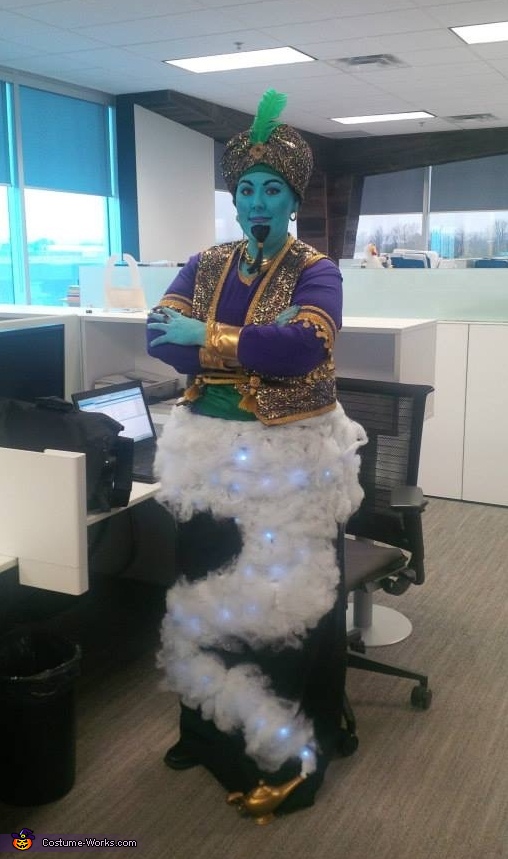 This homemade costume for women entered our 2015 Halloween Costume Contest, in the Coolest Adult Costume nomination!

A word from Kelly, the 'Genie' costume creator:

I made this costume using a bag of Halloween spider webs and LED lights on a black skirt. I made all of the other elements as well. I fashioned the headpiece on a winter hat so it was easy to put on. I used theatrical makeup on my face.