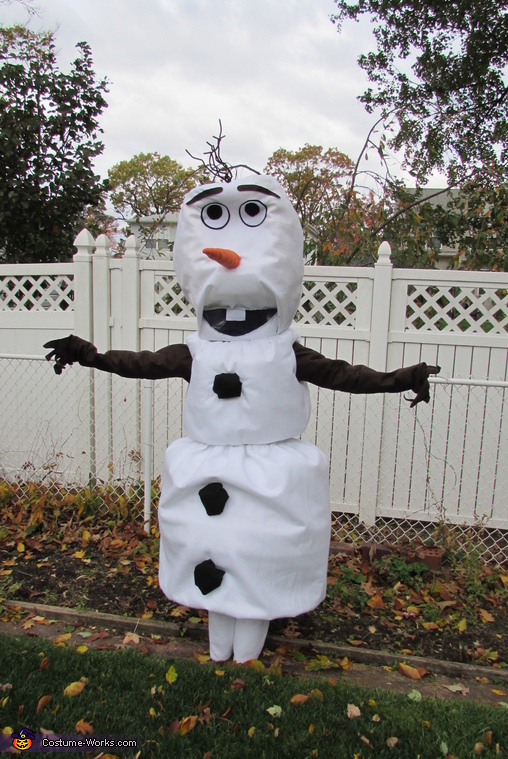 The day after outside picture and it was cold out. I wanted to run down the street to show him off to the neighbors, but thinking I can visit the local school I am trying to keep him a secret.

A word from Mary, the 'Frozen Olaf' costume creator: