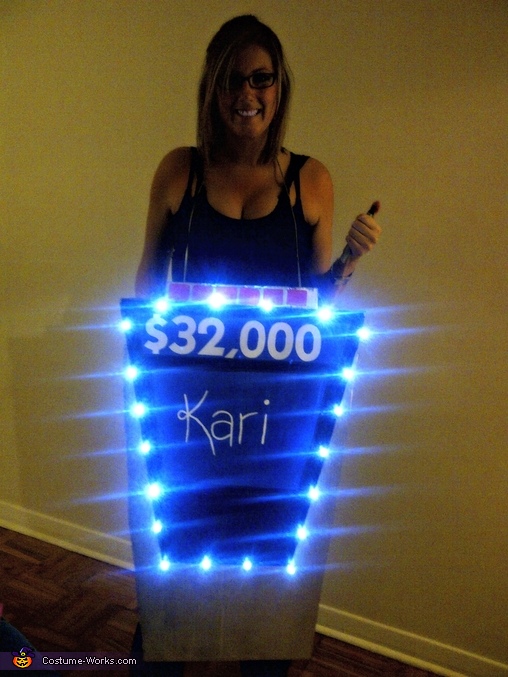 The best jeopardy costume ever

A word from Kari, the 'Final Jeopardy' costume creator:

I got the idea from a website, and made it my own by using different colours and adding lights! I wore it to a party and it was a huge hit!! Total cost was under $5.

I used cardboard, spraypaint, construction paper, and permanent marker. I used white out to write my name. Everything was glued together with a glue gun. I used present ribbon to hold it up (would suggest something comfier though!) I used battery operated mini lights to get the lighting effect.

It took a long time, with paint/glue drying time but it was well worth the effort. I have never had so much fun wearing a costume!