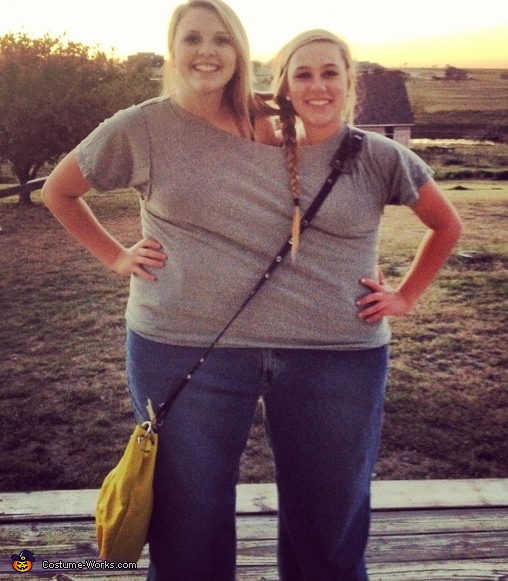 A word from Ashley, the 'Fat Person' costume creator:

Me and my friend Ashley decided to be a fat person because it was something different and we have never seen it before. We got the idea from the pants since we have had them for a while we would always have two people in them. Ashley said lets be a fat person so we did. All we used was a big pair of pants and a big shirt. We made the satchel ourself and braided our hair together. I hope you enjoy. (: