Fall Tree and Pile of Leaves
by Betsy

Tree, Acorn, and Squirrel
by Candace 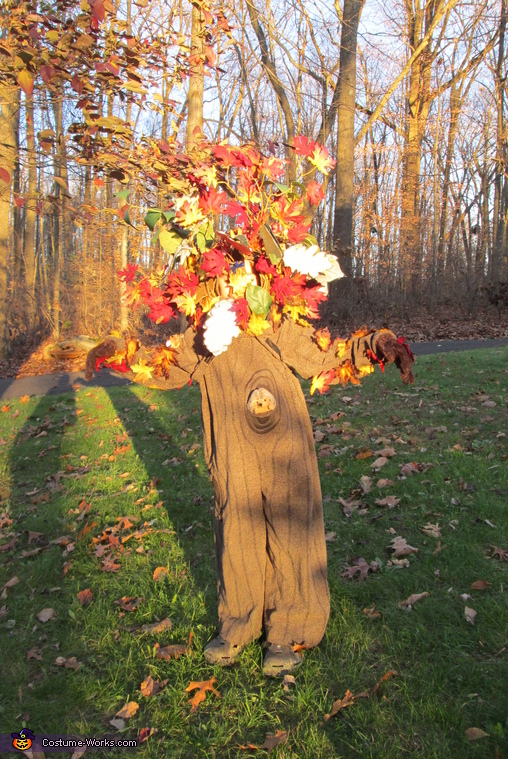 A word from Amy, the 'Fall Tree' costume creator:

My 7 year old grandson, Adam Sheppard, is wearing the costume. He and I made the costume together. He loves trees and said that is what is wanted to be for Halloween. We purchased brown knit fabric, made a jumpsuit and hat. Used black marker to create knots and bark, and added plastic leaves. For the headdress, we used cardboard, made a circle to fit around his head and cut branches from the top of the circle. We covered it with the brown fabric and made straps which came down over his shoulders and under his armpits and put velcro on the straps to close them. He made leaves out of paper. He used real leaves and traced the leaves with crayons. Then he attached stiff interfacing to them. This is why he has such a variety of leaves on the headdress. He also added some artifical leaves to fill the headdress. We attached brown gloves and a squirrel in one of the knots for character. He loved his costume and we hope you do too.