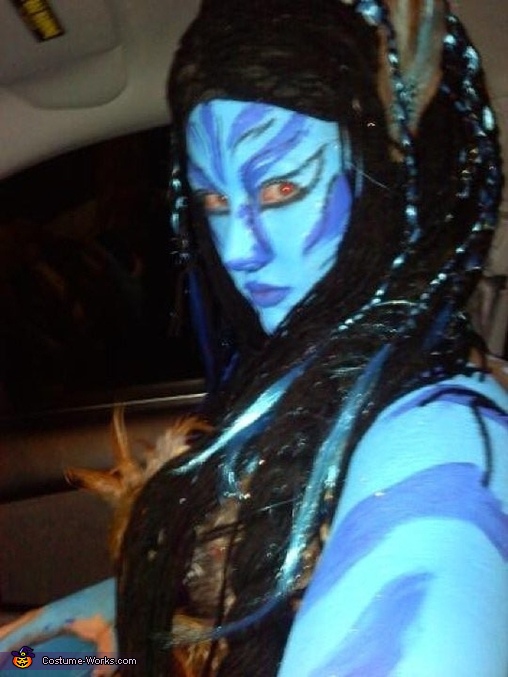 My friends doubted my custom- costuming abilities earlier this summer when I told them I was going to become a New AVATAR character, one that wasn't in the original movie, but hopefully will make her way to the sequel. She is EVIL and angry because she has friends who don't believe in her. I made the costume completely by hand. Handglued every single feather, and even made the wig out of single strands of black yarn. It took forever, but the outcome was awesome! This character was inspired by the costumes from the original movie, but made more uniquely interesting to fit this new Character. The over all cost was about $50, most came from having to buy new glow sticks (15) to put in the wig every night and the individual feathers.