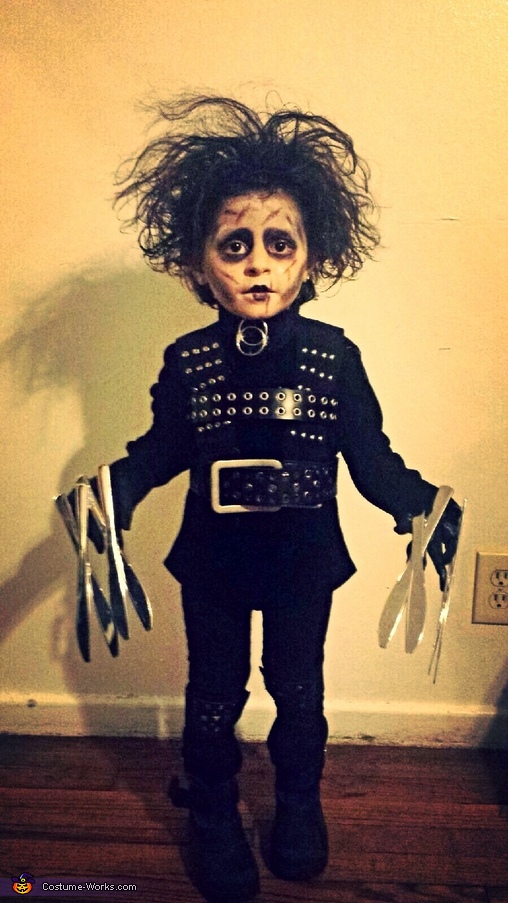 A word from Jacquelin, the 'Edward Scissorhands' costume creator:

My 3 year old daughter Khloe Evelyn dressed as Edward scissor hands, the idea came from wanting to make a better costume then last year where she dressed up at as Beetlejuice , overall cost of the costume was $20. The belts, shirt, pants, boots were from GoodWill, the paint and gloves were bought at the Spirit store, and the butter knives were bought at Dollar General.
This year again, she was stopped multiple times for pictures, she loves the attention. People telling her she was the best dressed made her so happy.