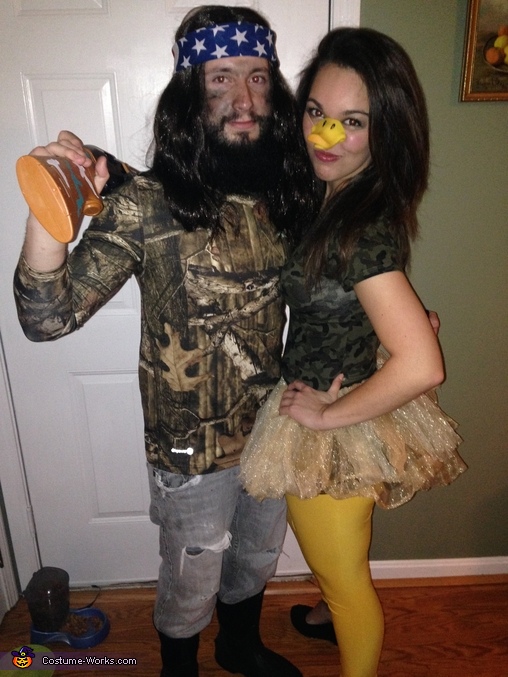 Willie and his duck side by side

A word from Maria, the 'Duck Dynasty Willie and his Duck' costume creator:

This year my boyfriend and I wanted a costume in which his beard that he has been growing and maintaining for nine months (and counting!) could be utilized. We both love the television show Duck Dynasty and several people have told him that he should be one of the duck commander guys in the show due to his beard. We decided that this would actually be the perfect costume idea, so he went as Willie, the CEO in the show, and I went as the duck he was hunting! He already had the beard, jeans and boots and we bought the wig, American flag bandana and camouflage shirt. He even went the extra mile and bought a fake camouflage rifle to carry around. I wore a green camo tshirt that I already had, a brown tutu and yellow leggings to resemble the colors of a duck, along with a yellow duck beak that we found at a party store. Overall we spent about $40 which is a small price to pay for the amount of compliments we received and for how much fun we had wearing our costumes!