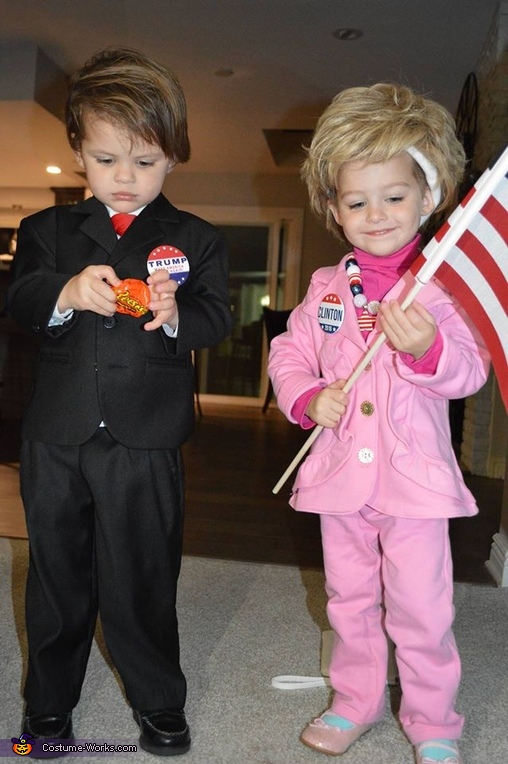 A word from Kristie, the 'Donald and Hillary' costume creator:

2-year-old twins, Brooks (Donald Trump) and Bennett (Hillary Clinton) Miller have scheduled a debate for this 2016 Halloween. Brooks Miller (as Trump) is sporting his favorite suit with accessories of money glasses, money clips, flag, and "Trump" button. Brooks outfit was put together with his own suit and shoes, and accessories picked up were less than $10.00. Bennett Miller (as Clinton) is sporting his favorite pink pantsuit and matching sparkly shoes, and pink shirt, all found at the local Big Wheels to Butterflies store in Omaha, and accessories picked up were her wig, "Clinton" button, flag, and sunglasses for less than $20.00. Brooks and Bennett Miller are the two-year-old twins of Joel and Tiffany Miller of Elkhorn, Nebraska, and grandsons of Greg and Kristie Wagner of Lexington, Nebraska.