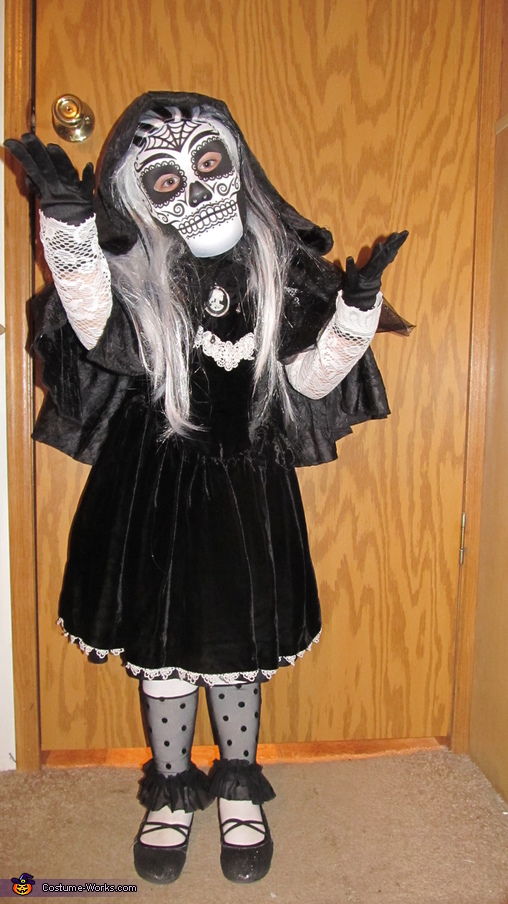 Danielle, 5 years old, is a Dia de los Muertos (Day of the Dead) Skeleton Princess. This costume is mostly homemade. The mask was purchased, but the rest of the costume was custom designed and tailored, by mom, to fit. Danielle had a big input of opinions for this costume, with her goal to ultimately be something scary AND pretty at the same time. :)