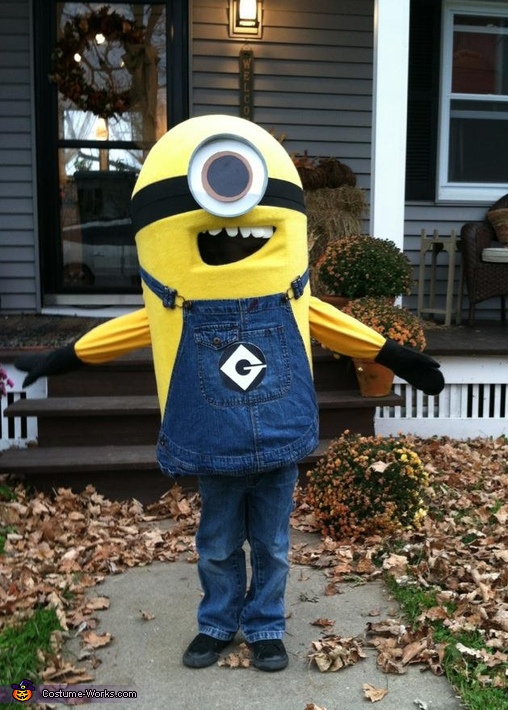 A word from Toby, the 'Despicable Me Minion' costume creator:

Luke is 3 and absolutely loves the minions from Despicable Me! We made the costume by using a round-top garbage can and cutting out the bottom, an area for the mouth (where my son would see from), and arm holes on the sides. We covered the entire can in foam from a camping mat and then covered that in felt. I used elastic for the goggle straps, a plastic plant base for the eye, cut teeth out of paper towels, printed the Gru logo and attached it to the overalls. The mouth is covered in mesh in order to see. I attached suspender straps to the inside of the costume for support.