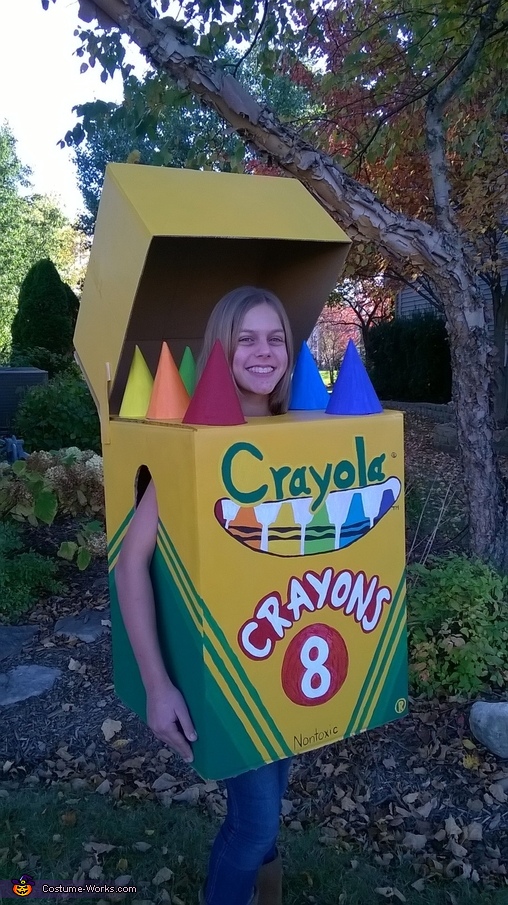 A word from John, the 'Crayola Crayon Box' costume creator:

My 12-year old daughter, Dana, is wearing this costume. She made this costume mostly by herself, with a little help with cutting the boxes. Besides that, she thought of this idea, planned, painted, and created this costume entirely by herself. This idea was inspired by her because she said that she was sitting at school one day listening to one of her teacher's boring lectures thinking about Halloween when an idea of her Halloween costume popped into her head: the idea to be a Crayola crayon box for Halloween. She came home and told me and that's what we made. We have been making costumes like this one for the past 5 years. Her past costumes have been things as crazy as a vending machine, an iPhone, a Cheeze-It box, and even a stick of butter, but I think we both had to agree that this year's crayon costume was our best and most creative. In making this costume, we used many materials, including yellow spray paint, two boxes, paper, party hats, wood glue, paint stirring sticks, paint brushes, and many different colors of normal crafting paint. Dana is very proud of her creation and is looking forward to see this year's winners on your website!