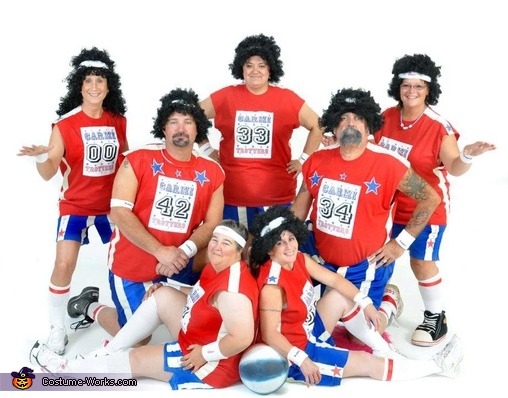 A word from Becky, the 'The Carmi Trotters' costume creator:

We came up with this idea after we seen something similar on another website...but we wanted to make it unique to our area aka...The Carmi Trotters.

We purchased everything needed from a local discount store.

We also met outside before going inside....we formed a line and came running out like a regular basketball team does for warm up....dribbling the basketball and high fiving each other!!

We won Best Overall at the local Halloween Contest in The Carmi Trotters costume and we had SO many compliments...the only problem is we have NO idea what to do to top it...