Chucky and Bride of Chucky Costumes 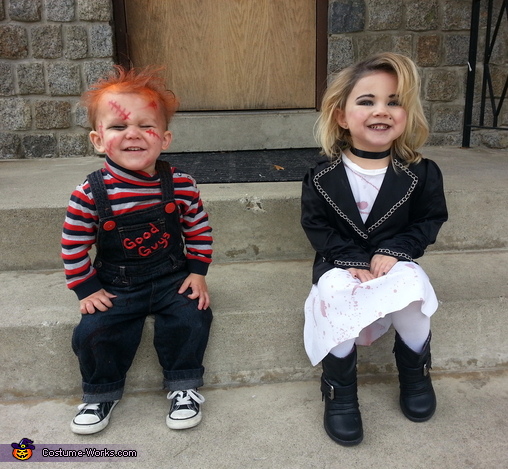 Chucky and Bride of Chucky Costumes

A word from Brianna, the 'Chucky and Bride of Chucky' costume creator:

Isabella and Oliver who are brother and sister were dressed up like Chuckie and his bride. It was very simple to add blood stains to their white dress and overalls. Add some leather boots for the bride and a pair of chucks for the groom. A little orange hairspray for the groom and some make up and smokey eyes and some awesome teasing to the bride! A leather jacket finished the deal! All together both outfits cost about 40 dollars as though I used things we already had around the house and sewing on the chains to the brides pleatger jacket saved a ton!