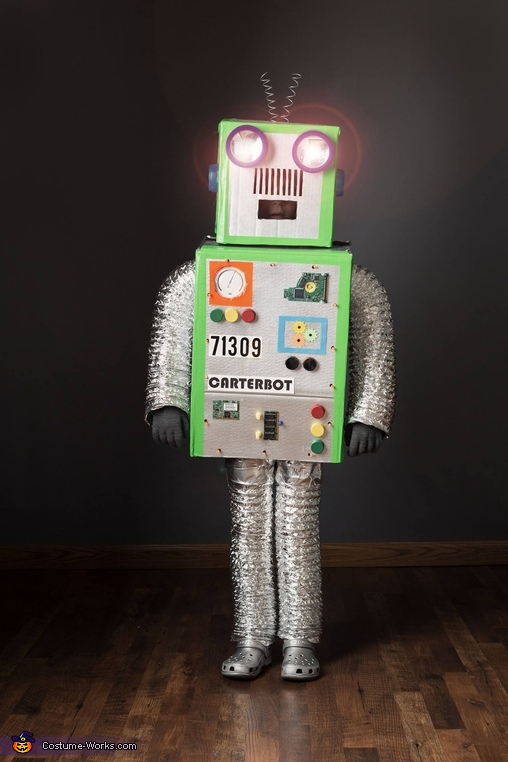 A word from Rebecca, the 'Robot' costume creator:

This is my oldest son. He originally wanted to be Woody, but I knew the shirt would be hard to find. I suggested a robot, since there aren't many rules for that. He liked the idea, and we used a cardboard box, plastic cups, plastic bottlecaps, velcro, printed paper, lights, and duck tape to make it happen. He felt like a rock star as so many people complimented him on it. When we submitted him in a contest at a local festival, he didn't even place (which made many people scratch their heads). Maybe we'll have better luck with this one!