Where the Wild Things Are Max and Carol
by Tracy

Max and The Monster
by James

Carol, KW, and Max - Where the Wild Things Are Family Costume 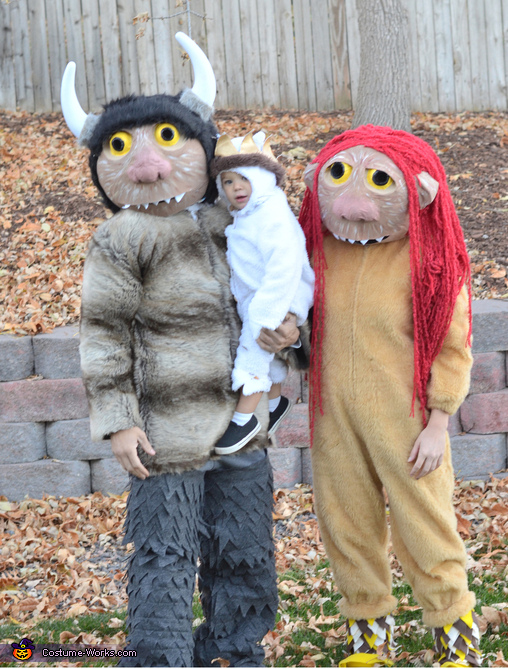 A word from Reilyn, the 'Carol, KW, and Max' costume creator:

To say I went a little overboard with our costumes this year would be an understatement. The idea for the "Where the Wild Things Are" started almost a year ago when I started to plan our son's first birthday party. That book was my husbands absolute favorite growing up and since we still get to pick themes for our son rather then him picking for himself, I really debated the idea of a "Wild Rumpus" for his party. I changed my mind real quick once I knew we were buying our first house just a few weeks before his party. I definitely put in a ton of work towards his Cowboy party, but not near as much as I had planned for the Rumpus.

So...when it came time for Halloween planning I knew exactly what I wanted to dress our son up as, Max!
The idea for our costumes didn't come until later. I don't know what is more dangerous for my sanity, Google or Pinterest. =)

I started searching for "Where the Wild Things Are" costumes and found some pretty neat DIY ideas for Carol and KW.