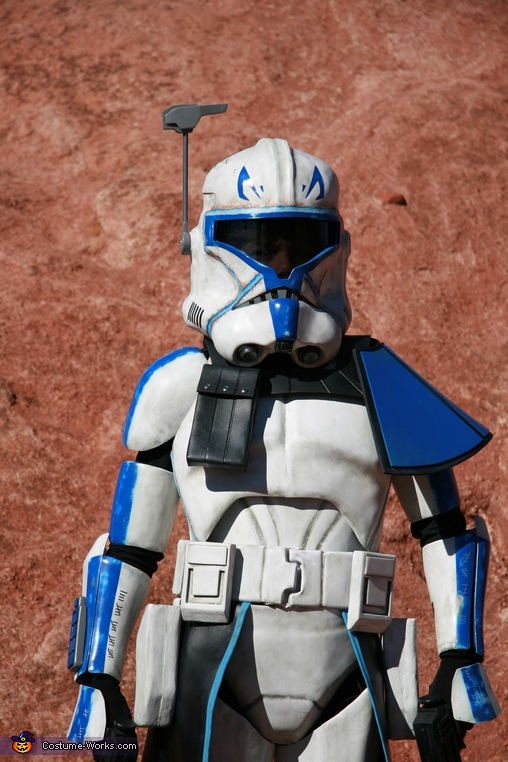 A word from Jeff, the 'Captain Rex' costume creator:

My family is pretty crazy about Halloween costumes, so the kids need to decide on their costumes early to give me enough time to build them. Luckily, my 10 year old son had his heart set on a Star Wars Clone Wars theme for quite a while. I think he has seen every episode of the animated series a half dozen times. My son is also into all things armor (he was a Medieval Knight last year), so he naturally gravitated towards one of his favorite characters, Captain Rex, the Clone Trooper Commander, who also happens to be General Anakin’s right hand man (yes, Dad was General Anakin this year).

Whew. This was one of those projects where I quickly realized I was in for it and it was going to take forever, yet what do you do?….. After waaay too many hours and countless fittings, it was done. My son though it was pretty awesome (he better…). He had quite the presence at all the costume parties and Halloween events. We even managed to run into some 501st troopers and get some great Star Wars action shots.